Our Response To The Coronavirus - Read Here - Dismiss

As travel begins to rebound, it’s likely your clients will want to stay fairly close to home, and you are working diligently to accommodate them. But have you considered the unique destination that is the United States’ only island state, its southernmost state, its second westernmost state, and likely the world’s most isolated landmass? 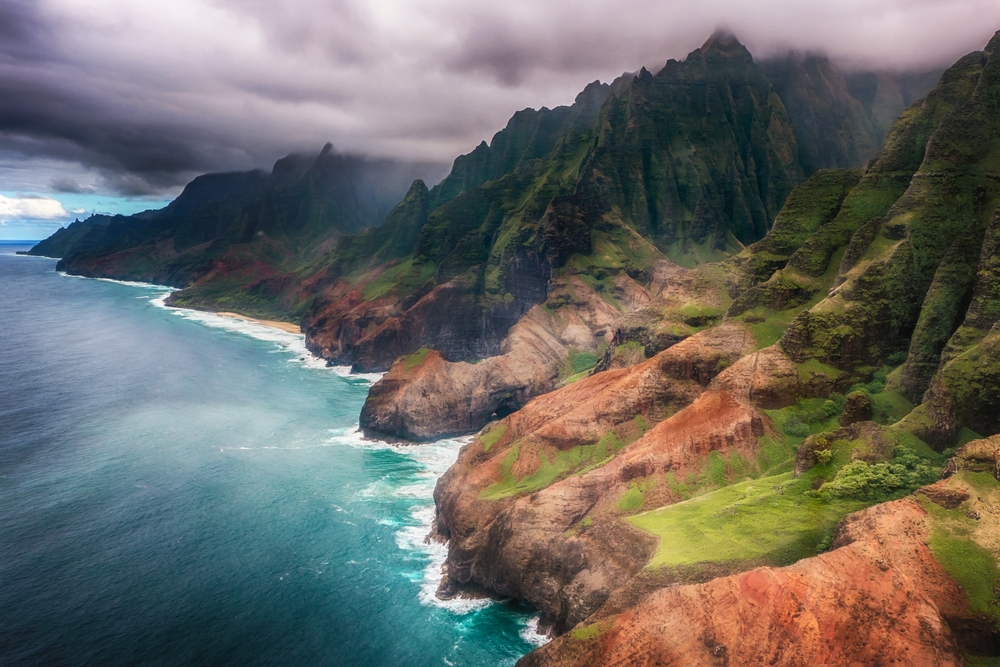 We can only be talking about Hawaii, and there is no other destination in the United States that compares. No state has a physical landscape that approaches the volcanic diversity of Hawaii. The Big Island of Hawaii has more microclimates than any other comparably sized landmass anywhere on earth. Rain forest, desert, forest, cloud forest, coastal strands, lava tubes, pristine summits, an erupting volcano, and beaches with sand colored green, black, red, and white are among its stunning ecological and geographic features.

For a deep dive into Hawaii’s delights, be sure to enroll in the Hawaii Destination Specialty Course or the newly refreshed North America Destination Specialist Course. And to learn about current travel protocols and discover marketing and training resources available to agents, register today for the webinar Update on The Hawaiian Islands, August 13 at 4:00 pm (EDT). For those of you with Premium Access, these opportunities and more are included at no charge as part of your benefits.

As travel reopens, Hawaii will, once again, be a very popular destination. For the latest travel updates, consult the Hawaii Tourism Authority website.

Just like its intricate landscape, the cuisine of Hawaii is a fusion of American, Chinese, Filipino, Japanese, Korean, Polynesian, and Portuguese foods. Poke is a local cuisine that originally involved preserving raw fish with sea salt and seasonings and cutting it into small pieces.

Your clients can also enjoy Polynesian entertainment in the form of a luau or Hawaiian concert. Commercial luaus offer hula and other forms of Polynesian dance, flame-throwing knife dancers, and demonstrations of Hawaiian crafts and cooking practices.

Each of the Hawaiian Islands offers your clients unique attractions:

Kahoolawe: The Target Isle, now being restored after decades as a bombing target by the U.S. military, can be used only for native Hawaiian cultural, spiritual, and subsistence purposes.

Niihau: The Forbidden Isle is privately owned and inhabited by native Hawaiians. The people of Niihau are known for their gem-like leu pupu (shell lei) craftsmanship and speak Hawaiian as a primary language. The island is generally off-limits to all but relatives of the island’s owners and invited guests.

Oahu: The Gathering Place receives as many visitors as all the other islands combined. Honolulu, the state capital, has many sights that are must-sees for first-time visitors: the USS Arizona Memorial at Pearl Harbor, Punchbowl (the National Memorial Cemetery of the Pacific), Diamond Head, Waikiki Beach, Iolani Palace, and the Polynesian Cultural Center.

Maui: The Valley Isle was formed from two volcanoes joined by an isthmus, the “valley” in its nickname. In the eastern half lies the awe-inspiring Haleakala, whose crater is 21 miles in circumference and 3,000 feet deep and that occupies more than 75 percent of the island. With Haleakala, the West Maui Mountains, and the almost endless miles of shoreline, Maui has every type of recreational choice for visitors: water sports, whale watching, tennis, golf, and mountain biking. 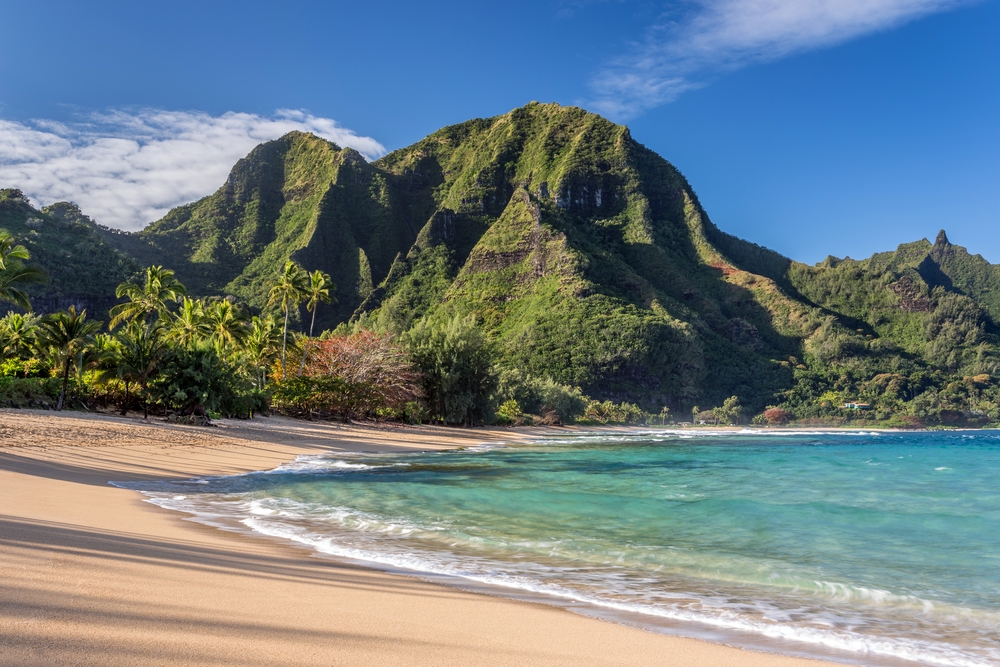 Kauai: The Garden Isle is considered the most beautiful island. Its lush vegetation comes from a mixture of rainfall and sunshine. Kauai is the only island with a navigable river. Most of the island is mountainous and thick with foliage, waterfalls, and streams, but much of it is ringed with picture-perfect beaches.

Hawaii: The Big Island (also called the Orchid Isle and the Volcano Island) has two active volcanoes—Mauna Loa (the world’s largest mountain) and Kilauea (the world’s most active). A third volcano, Mauna Kea, is the world’s tallest mountain. Hawaii’s two airports, Hilo and Keahole-Kona, are at opposite ends of the island. A rental car is necessary for almost all visitors not on an escorted tour.

Molokai: The Friendly Isle is a popular destination to relax and enjoy nature. But many visitors journey to the island’s most celebrated place, Kalaupapa Leprosy Settlement and National Historical Park. Visitors taking a mule ride or hiking down the 1,600-foot switchback trail are rewarded with breathtaking views of the peninsula and the high sea cliffs. 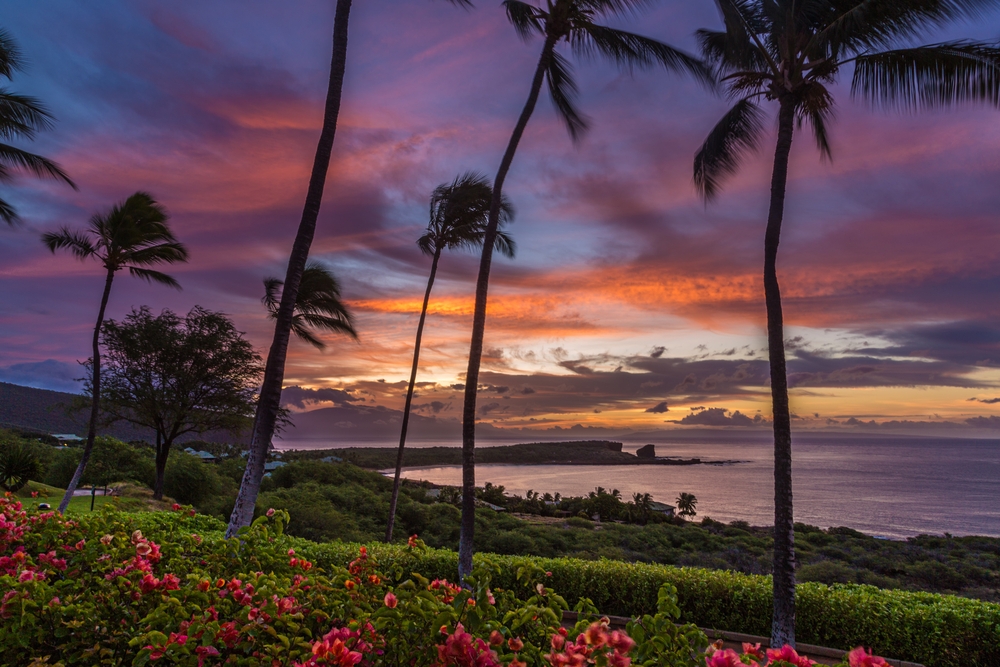 Lanai: The Secluded Island, once known as the Pineapple Island, is a golfer’s paradise, with two 18-hole championship courses, one at each Four Seasons resort. In Lanai City, there are no traffic lights and no malls, and the hotels supply all transportation.